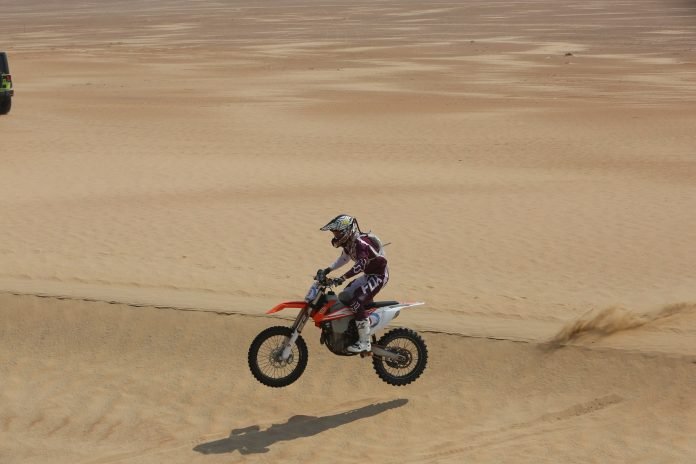 After completing 3 magnificent rounds at the beginning of this year, the UAE Baja Championship 2019 had just concluded its round 4 (Dubai Baja 2019) on October 11th which took place in the vast Al Qudra Desert, Dubai.

The day had an early start with the driver’s briefing starting from 0745 hrs. Soon after, the first leg of the day started at 0815 hrs whereas the second leg started at 1230 hrs. The combined distance of both the legs was 220 km that involved 55% of sand dune crossings and valley off-piste and 45% of plains.

At the end of round 4, it was Mohamed Jafar leading the UAE Baja Championship 2019 in the MOTOS 450 category with a total of 82 points. Trailing him with just one point short is Mohammad Al Balooshi who covered up his lost points in round 3 by scoring 25 points in this round.

Running on the 3rd place is David McBride with 80 points in hand. He’s being followed by Aaron Mare who has scored 72 points so far. Till this 4th place, there isn’t that much of a point difference between the participants, however, at 5th place, William McBride is 30 points behind from the leader.

Participating for the first time in the UAE Baja Championship, Jordanian rider Abdalla Al Sabe’e tackled the entire round confidently. Astride his KTM 350, he was at the 6th place after Leg 1 and managed to secure the 8th place at the end of the round. He will continue his race in round 5 and also we will see him in the upcoming Dubai MX Championship.

In the MOTOS 250 category, the 1st spot is occupied by Rashed Abdulla with 72 points. His opponent Ali Ashoor is on the 2nd place with 67 points and following him is Abdulla Lanjawi with 62 points.

With this scoreboard, we move to round 5 of the UAE Baja Championship 2019 which will be held on November 15th and is the second last round of the entire championship. The final round 6 is scheduled for December 13th.